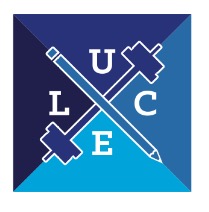 Fundamentals of Speed and Strength: The Field Athlete

Check out this video of Roger with two of his athletes.

How much is this course?

SIGN ME UP NOW
SEND ME INFO ABOUT THE ONLINE VERSION

What you will learn from Roger Fabri?

What you will learn from Amir Fazeli?

SIGN ME UP NOW
I WANT THE ONLINE VERSION WHEN AVAILABLE 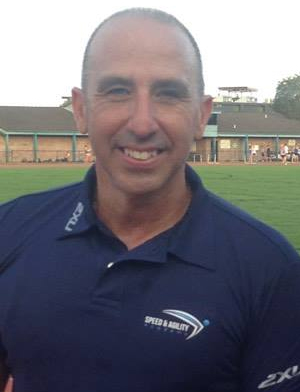 We can't wait for you to join us for this workshop!

I guarantee this course is going to expand your knowledge and your skill set as a personal trainer in the area of speed development. From basic principles to practical exercises/drills, I'm going to give you all the tools you need to make your clients FASTER!

Who are Roger Fabri and Amir Fazeli?

Roger Fabri is one of Australia’s best-credentialed sprint coaches. A top-level runner who won numerous Gift events during his competitive prime.

Roger has been voted New South Wales athletic league Coach of the year for a record 6 times But perhaps the most telling endorsement of Roger’s coaching is the growing array of consultancy appointments with other sports; namely rugby league, rugby union, soccer afl, cricket, Ice skating and netball.

Amir is the founder of Adonis Athletics and the owner of Adonis Athletics Paddington. He is a competitive powerlifter having represented Australia at 7 international competitions to date including twice at the Arnold Sports Festival and twice at the World Championships. His best lifts are 258kg squat, 150kg bench press and 317.5kg deadlift all at under 83kg in the IPF. He holds the all-time highest deadlift record at under 83kg bodyweight across all federations in Australia. His best international results are silver medal at 2012 IPF Oceania Powerlifting Championships, silver medal at 2014 Arnold Sports Festival, gold medal at 2014 IPF Asian & Oceania Powerlifting Championships and 5th overall at the 2015 World Championships.

We guarantee this course is going to expand your knowledge and your skill set as a personal trainer in the area of speed development. From basic principles to practical exercises/drills, we're going to give you all the tools you need to make your clients FASTER!

I NEED SPEED AND STRENGTH NOW!

WHAT DO I GET IN THIS WORKSHOP?

For $330 (or less with the early bird special) you get

The chance to have your own technique assessed (limited numbers)

See other athletes and coaches assessed and coached right in front of you.

The opportunity to ask DOZENS of questions!

YOU'VE SOLD ME - I WANT IN!
PUT ME ON THE WAITING LIST FOR THE RECORDING

AT THE END OF THIS WORKSHOP I SHOULD BE ABLE TO:

Identify and correct any running deficiencies.

CHECK OUT SOME OF ROGER'S TRAINING VIDEOS

To see even more of Roger's great work, click below https://speedagilityacademy.com/news-videos/

CHECK OUT SOME OF AMIR'S TRAINING VIDEOS

To see even more of Amir's great work, click below https://adonisathletics.com.au/achievements/

HOW CAN YOU NOT BE CONVINCED BY NOW? CLICK HERE
I WANT THIS BUT CAN'T MAKE IT - LET ME KNOW WHEN IT'S ONLINE